The Royal Windsor Horse Show - May

The Royal Windsor Horse Show takes place in the beautiful private grounds of Windsor Castle and is a feast of all that is equestrian. It has been held at Windsor since 1943 when it was started to raise funds for World War 11. Her Majesty The Queen is its Patron and H.R.H The Duke of Edinburgh is its President. Over 3000 horses and ponies come together at the show, competing in jumping, international driving, dressage and showing classes. The keenest spectator is always Her Majesty who dons her silk head scarf and wellington boots and mingles with the crowds, especially if one of her own horses is being shown, and often winning.

More Than Good Manners is very happy to arrange all the details for your taste of Royal equestrian life. 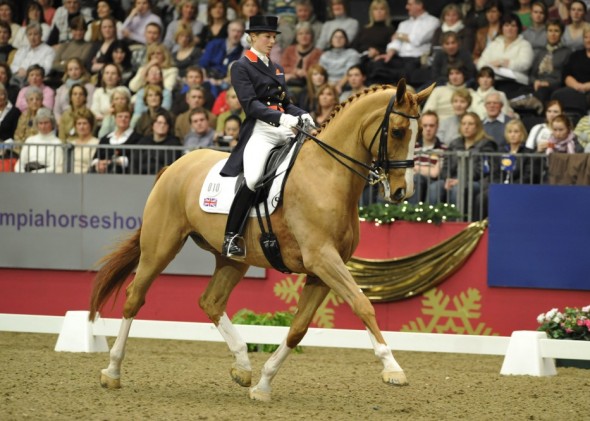 Three Day Eventing - May to September

Most mad keen horsey British people put their children on their first pony when they are about 2 years old. Twenty years later, usually coming up through the ranks of the Pony Club, they are then ready to ride in "Three day events" which span the social and equestrian season form May to September.

They are all set in the most wonderful grounds, against the backdrop of some of the premier houses in the country. For those keen on horses you can delight in the three disciplines of dressage, cross country and show jumping. For those of you who like the experience of retail therapy you will find everything on offer on the trade stands. The Queen and other members of the Royal family not only attend these events but compete in them at the highest level.

More Than Good Manners will be delighted to arrange every detail of your equestrian adventures.

More Than Good Manners will organise the details of your special day at the biggest Polo day in the world.

Since the inception of this tournament in 1979, there have been six different players to complete the Queen's Club-Wimbledon title double in the same year. 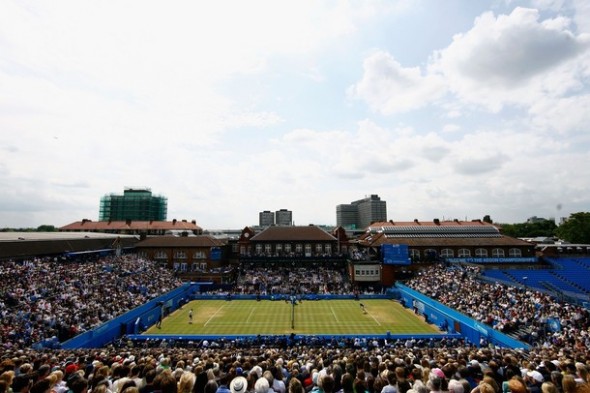 In 2011 Andy Murray became the first two-time British Champion since Francis Gordon Lowe 90 years before The Queen's Club was established in 1886, and was the first multi-purpose sports complex ever to be built, anywhere in the world. Along with first class sporting facilities the club also offers an elegant restaurant, cafe and museum. The overall setting is both tranquil and charming and is why The Queen's Club remains one of the most coveted memberships in the country.

More Than Good Manners would be delighted to organise all your arrangements for this exclusive tennis tournament.

Wimbledon hosts the finest tennis players from over 60 countries. The First Lawn Tennis Championships in the world was held on the lawns of the All England Club in July 1877. The Championships did not take place during the 2 World Wars. British Royalty has been associated with the Championships since 1907 when the future George V visited Wimbledon and was offered the Presidency of the Club. He remained President until 1910 and then became its Patron. George V and Queen Mary were avid spectators and were present every year from 1919 to 34, and Queen Mary until 1951. The present President is H.R. H. The Duke of Kent. Perhaps the most poignant final was in the Ladies's singles final of 1977 when Virginia Wade won the Championship in the presence of H.M. The Queen (Her Silver Jubilee Year). 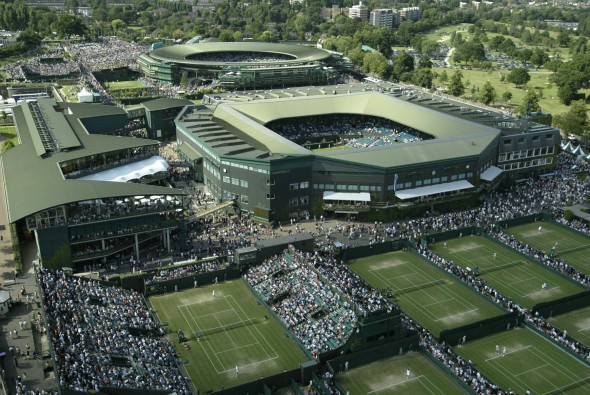 Wimbledon's museum offers a multi dimensional tour of the traditions, triumphs and emotions that have made Wimbledon the most coveted title in tennis. Guided tours are also offered, during your visit to Wimbledon take a behind the scene tour of Wimbledon's grounds and experience the remarkable venues used during the Championships.

The present Earl of March founded the Festival in 1993 in order to bring motor racing back to the Goodwood Estate. Visitors can expect to see cars and motorbikes from over 100 years of worldwide motor racing history "climb the hill", including many of the latest F1 machines, and a wide range of races from the "Supercar Run" to the real life "Wacky Races". Over 100,000 people attend the Festival over 3 days. 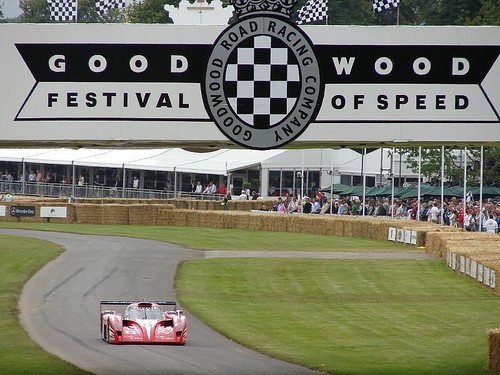 The Festival of Speed is unique in motor sports events, allowing visitors close views of the action and visitors are even free to walk around the paddocks where the cars and drivers can been seen at close quarter. The Festival is the largest motoring garden party in the world, a unique summer weekend that brings together a heady mix of cars, stars and motor sport "royalty" to create an intoxicating blend of excitement, glamour, speed and drama.

The Guards Polo Club was founded in 1955 with H.R.H. The Duke of Edinburgh as President. Within the Great Park at Windsor, the Club is set in the outstanding natural surroundings of Smith's Lawn, which is thought to have been named after a game keeper at the time of the Restoration. The club's playing season starts in April and runs to mid September. The premier official tournaments are the Queen's Cup (high goal), Royal Windsor (medium goal), and the Archie David ( low goal) all of which take place in June. In July the club is host to the Hurlingham Polo Association's Cartier Polo International Day, which attracts a crowd of around 25,000, including Royalty, Hollywood and rock stars. A full programme of events include the competition for the Golden Jubilee Trophy, and the Coronation cup, followed by the Presentation Ceremony. 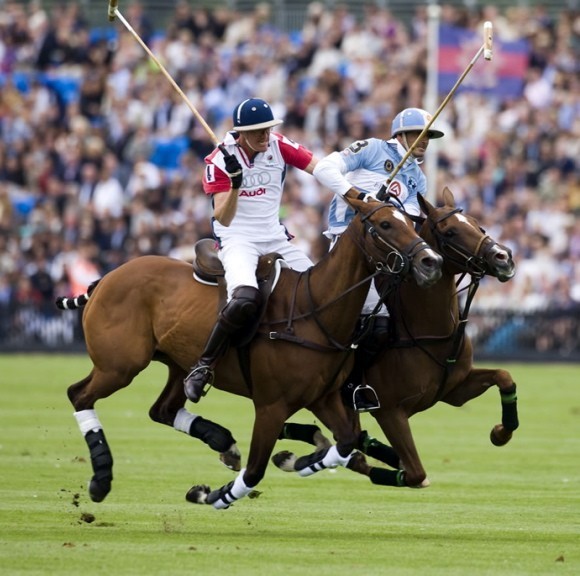 The British Open's official title is the Open Championship. However, it is referred to as the British Open to distinguish it from the US Open. The British Open is the oldest of the four Majors, dating back to the 1860s. The tournament is held in July each year. 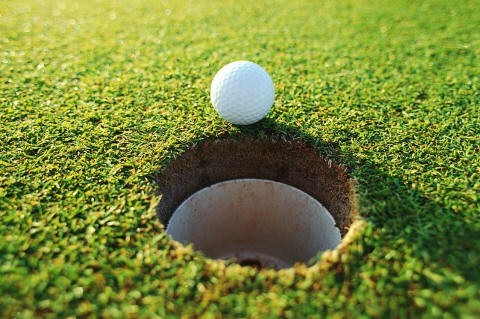 The Dublin Society was founded in 1731 "to promote and develop agriculture, arts, industry and science in Ireland". The "Royal" prefix was adopted when George V became patron of the "Dublin Society". The RDS arena was developed to host equestrian events including the annual Dublin Horse Show, which was first held in 1863 and was one of the earliest "leaping" competitions ever held. It has now become a high profile international show jumping competition. It is now very much part of the Irish and English Equestrian and Social Season. More Than Good Manners would be delighted to arrange your stay in Dublin for this equestrian highlight. 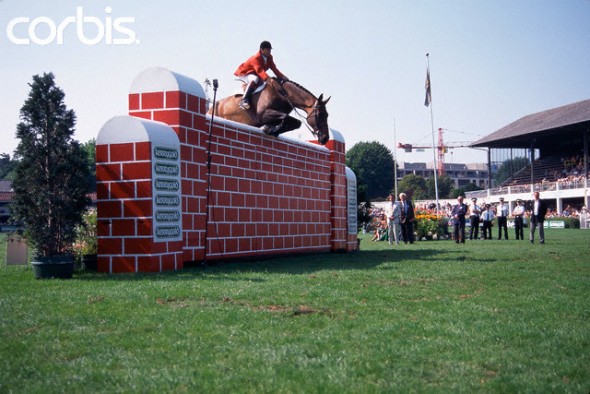